Don’t be alarmed – this cautionary tale has a happy ending, and renews my belief in the fundamental goodness of people to people! 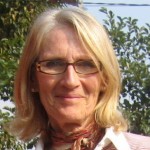 22.07 – “The DBS form has now been filled in and sent off with all the relevant documents (I feel bereft without my passport!)”

01.08 – “I’ve just checked, and my application and documents haven’t arrived … I sent them by ordinary first class post … had a moment of doubt as I put the envelope in the village post box … but thought they won’t go missing – that won’t happen to me … but it has !”

02.08 – “Is there another me out there now? Just to keep you up to date, I spent considerable time at my bank yesterday, and then went to the P. Office and Police Station in the nearest town. I have all the relevant application forms for a new driving licence and passport but tomorrow will have to get some ‘serious’ passport photographs taken. Optimistic as ever, I think the missing envelope is probably sitting in a post office in Bromley because it didn’t have the correct postage.   A big lesson learnt, and however inconvenient, in the future I WILL jump in the car and take my mail to a post office!   Not allowing myself to think too much about identity fraud but am registering for credit checks just in case!”

05.08 – “All is well!   On Saturday I had an inspiration (!) and contacted the sorting office in Bromley.  As luck would have it Freddie who answered the telephone happened to be the postman for the Burgess Autistic Trust area and said that he was bored and  although it was against the rules, he would have a look through the post to see what he could find.   Sure enough there was an envelope that had ‘just turned up that morning’ with insufficient postage, for the Burgess Autistic Trust.   Freddie  said he would deliver it personally to the right letter box on Saturday afternoon. What an angel. I will write and thank him  today – first class stamp – now that Clare has confirmed that my documents have arrived.

I won’t need to be taught that lesson again, and please tell other volunteers not to make the same mistake!”

There – I said there was a happy ending to the tale – but cautionary, nonetheless. Please, volunteers, take care when posting important personal documents, and ensure their safety by using a traceable system !