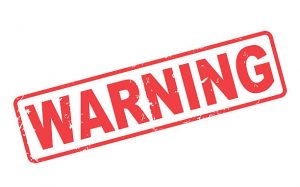 This is a cautionary tale.

Sharing images of abuse, even when the goal is to question those images and promote best practice, could be a criminal offence in the letter of the law.

Recently I (Dianne) was sent a video via social media by someone who works at one of the projects we support.  The film showed shocking scenes of violence towards children.  It was sent to me with the best of intentions by someone with whom I had have conversations about positive ways of disciplining children in a country where corporal punishment towards children (though not extreme violence) is still common practice.  The film did not originate in that country or in the UK, and had been made specifically for sharing on the Internet, but the violence it showed and the distress of the children involved were undoubtedly real.  My immediate reaction was to delete the video, but it did not seem very responsible to do that without making some attempt at least to bring the perpetrators to justice.   So I reported it to the British police.

This is what I learned.

I learned that it was unlikely that any action would or could be taken against the people who had carried out the violent abuse of children as they would be too hard to trace, but that the person who had committed a criminal offence was the person who had shared the video with me, even though her intentions were good, as it is against the law to share any images showing any types of child abuse.  I was also at risk of committing an offence myself simply by having such an image in my own social media account, and this could compromise my social media profile and potentially any police checks carried out on me as part of the DBS procedure.  I learned that the correct action to take if receiving such an image in future is:

Videos and pictures showing this type of abuse are often made specifically for sharing on the Internet.  The more people who watch and share them, the more likely it is that further videos will be made in the future.  By following the steps above you are not only protecting your own social media profile, you are helping to discourage such practices from continuing in the future.