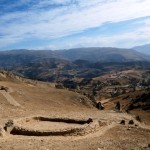 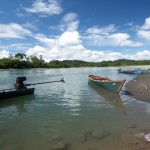 This post is written by Dianne – our volunteer programme advisor.

Peru was the only country on our volunteering list that I hadn’t visited, so in September I set off to South America to put this right.  Our project here is in the Amazonian rainforest and I made no secret of the fact that I was apprehensive about going there – how would I cope with the heat, the humidity and most importantly the huge variety of insects I knew I would find there?  Well . . . . . IT WAS A GREAT TRIP! 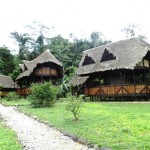 The place I was heading for was Manu Learning Centre, a research centre run by our local partners within the World Heritage Site of Manu National Park, which is a major conservation area of rainforest covering a variety of different ecological zones and containing the highest level of biodiversity anywhere in the world.  Some parts of the National Park are so remote that they are still home to tribes who have never had any contact with the modern world.  Manu Learning Centre is on the edge of the National Park by the banks of the Alto Madre de Dios River, a tributary of the Amazon, and is an area of regenerating forest, having previously been partially cleared for agricultural use. 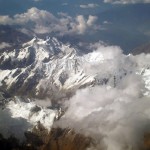 The journey to Manu is exciting in itself – a flight across the Atlantic to Lima, then another flight across the Andes to Cusco (just as spectacular as Nigel described it in his blog).  Cusco is the ancient capital of the Incas – a really interesting town to explore with its historical sites, Spanish colonial heritage, local markets and tourist shops – if you want to stock up on alpaca jumpers this is the place to shop!  Then a two-day journey across the Andes, through the cloud forest and along the river to Manu.

I spent about half my time at the Manu Learning Centre, experiencing the well-developed volunteer programme which our local partners run here 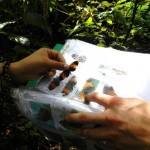 and which some of you have previously participated in.  I’m not a biologist and wondered what contribution I could make to the scientific research done here, but this was not a problem as the programme is managed by scientific researchers and what they need from volunteers is manpower to help them collect the data necessary for their research, which focuses on the biodiversity of this area of regenerating forest in comparison to the biodiversity to be found in the pristine forest nearby.  So, among other things, I helped to collect, measure and weigh lizards and frogs caught in the pitfall traps, to catch, identify and re-release butterflies (I wasn’t  very good at catching the butterflies but did manage to catch one that was new to the Reserve – my bit for scientific research!), and to count the parakeets and parrots that come at dawn to feed on the clay cliffs by the river.  I enjoyed watching the films triggered by animals passing the camera traps and gained a new appreciation for the amount of time producers of wildlife films have to spend to get just one good shot (the camera traps they checked while I was there were triggered 440 times by humans and just once by a jaguar!)

However I’m really happier working with people than with wildlife, so for me the most interesting part of my trip was spent not in the rainforest but in the nearby small town of Salvacion.  Salvacion is a frontier rainforest town of about 3000 people, which has come into existence in the last 35 or so years as people moved here from the Andes looking for work in the logging and mining industries.  These destructive industries, along with slash and burn agriculture, have made the land bare and infertile, and the lack of resources force many people to live on as little as $2 a day, with 25% of children suffering from malnutrition and almost 30% of homes having no water or electricity.  However the town is a friendly and safe place to stay, and I enjoyed getting to know some of the local people.  I don’t speak Spanish and regretted not taking lessons before I came as few local people speak any English, but I still managed to chat to people using a combination of mime, words from various languages and a lot of guesswork on both sides – all good fun!  Our local partners have started two initiatives to help the local community, planting biogardens and agroforestry plots. 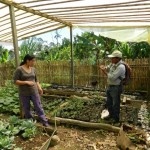 The gardens are used to encourage people to grow fresh vegetables; in the five years this project has been running 58 gardens have been built on wasteland and training has been provided on aspects such as healthy eating, leading to a measurable increase in healthy BMI statistics for those families who have gardens and an annual increase in income of about 35%.  Women who have gardens were keen to show me the crops they had grown – this was clearly a really good year for tomatoes!  The agroforestry plots are planted to encourage farmers to grow a variety of species of trees on their land, hardwood, softwood and bananas, which provides them with a sustainable income even if one crop fails, as well as encouraging biodiversity.  One lady I met had just inherited some land and had many tree seedlings in small pots in her garden – she explained to me that she is experimenting with different soil types in an attempt to make her plantation as productive as possible.  These initiatives are run by a local man called Reynaldo, whose own garden is a real model for others to follow – it is certainly the most productive garden I have ever seen, with a good variety of vegetables growing in covered raised beds, trees for fruit and for shade, grass to feed his animals, and fish, chickens and guinea pigs, bred both for sale and for the pot.  All the compost used on the garden is home-produced, and Reynaldo and his wife even cook with gas piped to the stove from the compost heap. 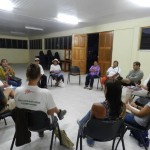 There is a further education Institute in Salvacion teaching courses in Agriculture and Tourism, as well as a school, a hospital and a number of small shops and restaurants, but none of them are currently working to their full potential.  With the help of our volunteers our local partners would like to expand the work they do in the community, so I spent a lot of time meeting and talking with local people to identify what their needs are and what kind of support they would like.  The people I met are all really keen to improve their standard of living, but feel frustrated by the difficulties they have to face, including extreme weather conditions and the remoteness of the area.  It is clear that there is a lot of potential for us to help here, in the areas of both education and business – the town is on the edge of one of the most important ecological sites in the world, an area often visited by tourists, and there must be scope to help the people here improve their standard of living, as they are so keen to do.

Maybe some of you have the skills and experience to help.  Why not give it a try?